Back on the wagon

So it’s been nearly 3 weeks since the Fling and definitely about time for an update. Gem and I had a great week in the north-eastern Cairngorms immediately after the race, initially just learning to walk again, but then actually getting some pretty darn good walking days in.

Located near Tomintoul, a relatively quiet and tucked away side of the Cairngorms, we walked some local hills, explored Strath Avon up into the Cairngorms, plus a big finale of the ‘Lochaber horseshoe’ once the wind had suitably abated. I hadn't been up four of the five munros on the route, so it was a productive day, and a lot of fun traversing the extensive snow patches which still remained after the late season flurry. Over the course of the week the weather was cool, breezy but generally dry, so ideal for getting out and about to blow of the cobwebs after the Fling. The area has an abundance and variety of wildlife that I haven't seen matched elsewhere in Scotland – I think we pretty much managed the full array of what can be found up there – golden eagle, arctic hare, ptarmigan, owls, red squirrel etc etc. Okay, so you’ve got me on the wild cats and pine martins. Next time...

The running didn’t re-start until we were back, so it’s been the usual process of coaching the legs back to life. The change for me at this stage in the season is to crank up the endurance and elevation ready for the longer races coming up in the Alps – firstly Lavaredo Ultra Trail (119km, 5,800m +/-) towards the end of June and then UTMB. Heck, the summer is nearly here, not much time to dwell.

The first of the longer days was a look at the ‘Brecon Beacons Traverse’ last Saturday – a route in south Wales taking in 31 of the 2,000ft+ summits across the Carmarthen Fan, Fforest (yes 2x Ff’s) Fawr, Brecon Beacons and Black Mountains going west to east. The area is classic welsh rough stuff and there are lots of fairly direct lines required to link the groups of hills; the bits most folk don’t do, so are relatively un-trodden & pathless. But also some nice fast high level sections which on a sunny spring day were a joy to run.

I ran with BAC club mate Toby Chapman who was trying a long day out for the first time, and I couldn’t fault the enthusiasm for getting stuck in and joining me :o) His longest run prior to this was 4 hours - we were running for over 8! I felt a bit weary early on, but soon started to settle in, inevitably for Toby it was the opposite, but we nailed 40miles (first 60%) of the route which was the plan from the outset. We were both about done by the end, although still fool-hardy enough to want to round up to 40 when we arrived back at the car with 39.8 miles on the clock. That's a bit of the BAC OCD for you.

So I just need to check out The Black Mountains bit now, which will be a good day out in itself, then I might be in a position to have a go at the whole thing. I’ve got some crew recruiting to do :o)

Might prove a nice little summer project, or maybe another year, we shall see.

Here's a selection of photo's from the Brecon Beacons last Saturday: 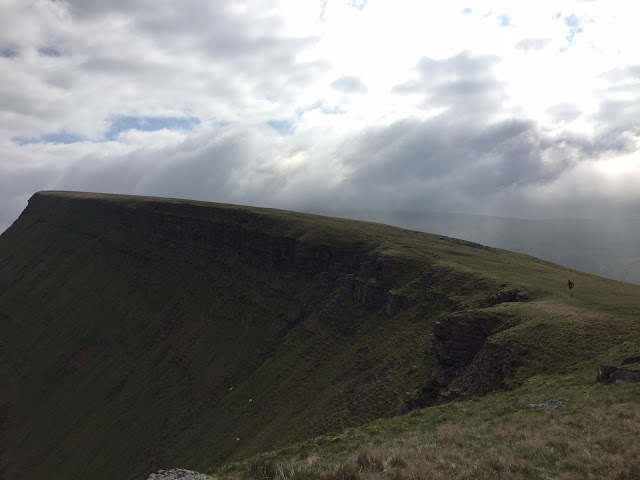 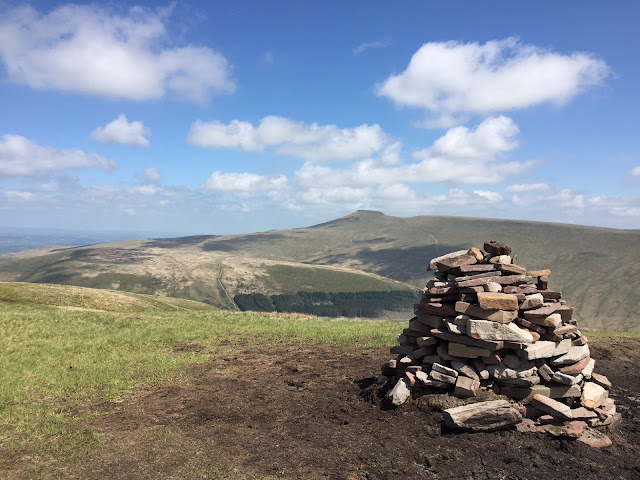 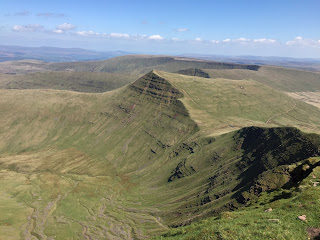 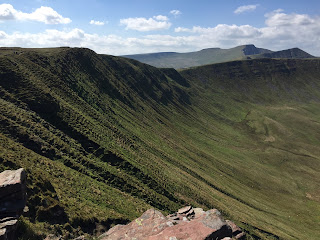 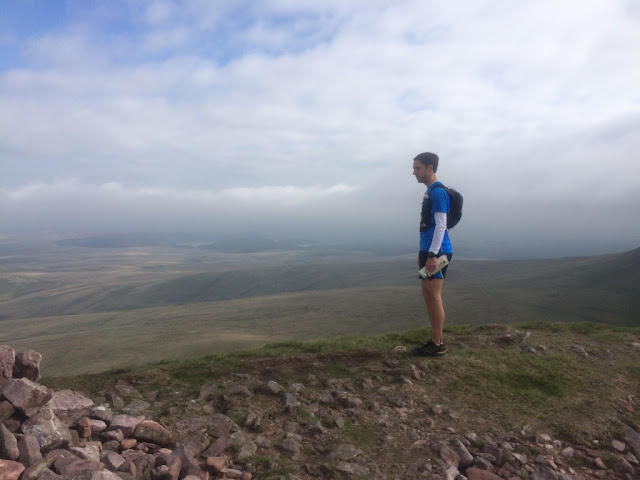 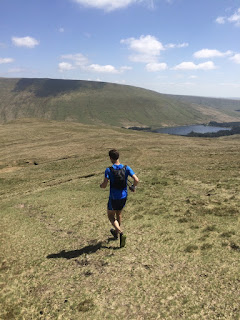 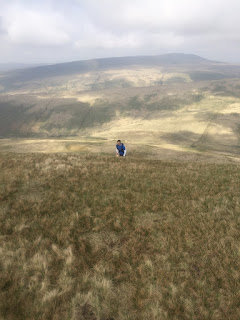 Despite feeling disappointed with my time and finishing place in Saturday’s Highland Fling race, I couldn’t help but come away with a smile. It’s nothing less than remarkable how this race has developed since it was first conceived 10 years ago. I was one of the 18 runners who took part that inaugural year – it was not much more than a supported training run for the West Highland Way Race - and to see how it’s evolved into such a genuinely brilliant event is impressive to say the least. There are now nearly 1,000 participants taking part across both the ultra and relay events (and it could easily fill 2 or 3 times over), but it’s the spirit and organisation of the race which really impresses, certainly surpassing anything else I’ve experienced in the UK. Basically it’s just a whole lot of fun – everyone is out enjoying themselves from the checkpoint volunteers, to the musicians en route, the photographers, spectators and of course the runners. It’s great example of the spirit that our sport carries; nobody taking themselves too seriously, bucket loads of Scottish hospitality and warmth, and free beer at the end. Brilliant.

So to the racing - well I guess I was a bit rusty! Rustiness hadn’t been something I was particularly worried about pre-race, but on reflection, perhaps the lack of competitive / fast ultra racing in the last 18 months was a bit of an issue. The Fling was hosting the UK trail championships and qualifier for the GB Trail Team this year so I wanted to perform, but so too did lots of other top guys who were all there with exactly the same intentions. 6th place and a time of 7:38 was some way off my best on the Fling course and not exactly what I had in mind, so somewhat disappointing on the face of it.

But I guess there is some context which I need to factor in, which a little reflective time has allowed me to discover. The second half of 2015 was probably the lowest spell I’ve had to contend in the 12 years I’ve been running ultras - trying to find my way through a blurred picture of illness which started with a(nother) gastro bug which forced my withdrawal from the Dragon’s Back Race and then then seemed to kick start issues with my UC and possibly other things too. Anyway, I remembered after the race on Saturday evening that I could barely run at all in December simply due to physical weakness, and essentially I had a standing start trying to re-build fitness from the start of this year. Save for a chest infection, my spell of training this year has been pretty solid and I’ve worked hard at it, but always within the confines of having an awkward illness, the commitment of running my own business and not having much of a base to build from. I expect a lot from myself, I always have, so the aim for the race was the same as it always has been; running for a podium slot. But in the context of all of the above, perhaps I shouldn’t be too hard on myself…

My race plan was to run relatively conservatively for the first half at least and then try to build from there. I fully expected a vicious pace from a lead group right from the off and that’s exactly what happened, with Donnie Campbell, Joe Symonds, Robbie Britton and Kim Collison pushing hard right from the gun. Unfortunately I suffered with stomach issues from early on, taking the 1st of 10 or so visits to the bushes within the first few miles, so it was tricky to hang with any sort of a group, and far from ideal in terms of maintaining strength!

Once I pulled away from Jayson Cavill who was having a tough time of it just after Conic Hill, essentially it became a solo run for the remaining 30miles. I spent plenty of time pondering how it may be unfolding upfront, and to be honest I fully expected guys to fall by the wayside which impressively, never really prevailed. There was certainly some mixing up of places as Donnie pulled away from the lead group for a strong final 13 miles to break the course record, and Damien Hall ran a blinding second half from Rowardennan (where he was only minutes ahead of me) to also finish sub-7 hours and nab second place. That was the race I wanted to run, and felt in a place to do so up until about 30 miles when the gas ran out. I didn’t have a great time of it with my UC/ stomach on the day, which certainly didn’t help energy levels, but I suspect race sharpness was the biggest factor of all.

That said, the running was really quite special. A clear and frosty start soon warmed from the sunshine, and we enjoyed sunny intervals and just the odd shower on our journey north from Milngavie (Glasgow). The views up Loch Lomond from Conic hill were superb, and the variety of the Loch-side trails and scenery equally so. You forgot what a classic bit of trail this is, and why it’s so popular with the multi-day trekkers. For the runners, lots of fast undulating trail to attack along with some interesting technical sections before and after Inversnaid Hotel. And some good little climbs and descents in the final 13 mile section from Balmaha to the finish also helping to mix things up when the legs are smashed.

At the finish the atmosphere really gets going with free beer, food and a unique festival atmosphere as finishers enjoy their moment on the famous red carpet to cross the line. There were loads of inspiring stories from the folk I spoke to, many telling me how they had run a previous edition of the Fling as their first ultra, and so providing an important gateway to the sport. It’s all set up perfectly for that, and long may it last as such a brilliantly organised event. It’s nothing less than heroic what Race Director ‘Johnny Fling’ has achieved, and all on a not-for-profit basis. Awesome.

So all in all a mixed bag for me from the Fling, but plenty to build on for the year ahead, and definitely no danger of peaking too early :o)

Next up will be the Lavaredo Ultra Trail in late June.
Posted by Jez Bragg at 21:48 6 comments: