Adventures in the Alps

Last weekend was the first of two key training sessions I’ve specifically planned for UTMB; a couple of days in the Alps - on the course - training for this great race. It was definitely up there in the rankings of action packed weekends (where competition is notably high), one where you just answer 'oh, just a bit of running' to the Monday morning office question, rather than try to explain what you really got up to.
Okay, so the plan was to fly out from Luton Thursday early evening, transfer to Chamonix, run the full UTMB route (166km, 9,500m±) over 3 days, fly back Sunday night, then try to be in some sort of shape to 'work' on Monday.
Unfortunately our dear old friends on the other side of the channel threw an unexpected spanner in the works. On Thursday French air traffic control staff were taking industrial action causing havoc with air travel. As a result I found out on arrival at Luton that my flight was cancelled and I had go through the surprisingly straight forward process of re-booking on to the next available flight which turned out to be 24 hours later. The friendly girl on the Easyjet bookings desk obviously didn't know the real implications of my delayed travel but I suspect the colour had gone from my face from the realisation I would be running 100 ish miles over 2 days, as opposed the 3 that was originally planned. Obviously there were intermediate options of shorter legs, but the logistical complications knocked them into touch.
Unfortunately this wasn't the only problem that I had to contend with. I also managed to book a hotel in Aosta not Cormayeur (lesson: read the small print, not just the price), the airport transfer company couldn't accommodate my revised arrival time necessitating an expensive last minute hire car and I had to re-arrange the other accommodation bookings to piece the trip back together. On the plus side I had 24 hours at home to sort these things out, sort my life out generally (i.e. clean the house for the first time in too long) as well as getting a couple of semi long runs in for good measure.
I knew from a 2 day UTMB effort back in 2007 that it's quite a challenge in itself requiring some very long days so with my sensible hat on (it doesn't come out the cupboard very often) I decided to chop the first 8km (Chamonix to les Houches) and the last 18km (Vallorcine to Chamonix) sections of the route which follow the Chamonix valley, thus resulting in two nicely balanced 70km days:
(Saturday) Les Houches to Cormayeur
(Sunday) Cormayeur to Vallorcine
The final part of my Alps mission would be getting the 6pm train on Sunday evening from Vallorcine to Les Houches to collect the hire car from where I had left it on Saturday morning, bomb it down the A40 to Geneva and hopefully make it on to the last flight home to Luton.
And, having read that, what thoughts spring to mind? Ambitious; cutting it fine; a plan clearly hatched from the comforts of an armchair?! So it will surprise you - as it did me - that it all worked beautifully, almost perfectly.
I could probably write quite a good book on the whole adventure of the run itself but I'll save that for a rainy day. Instead, here are the headlines:

SNOW - still quite a bit of snow on the course, not just on the Cols. I took a pair of Yaktrax and they were great on the climbs. Downhill it was great fun ‘skiing’ down.

THE WEATHER - was incredible. The days started perfectly clear then got better with some fluffy white stuff building in the afternoon to give even more perspective to the views.

MARMOTS - there has been an explosion in marmot numbers. No, really! They seemed to be everywhere; turn a corner and there will be one sat on the trail squawking away to it’s mates. Maybe they are still dozy in June from post-winter hibernation, or maybe they've been multipying like mad over the winter??!!

FOOD - I turned it into a bit of a gourmet tour. French pastries, Italian tiramisu, Swiss chocolate :o) Joking apart, I ate vast quantities, picking up grub at every opportunity. It seemed to work, my energy levels whilst running were always good; consequently I always felt strong.

THE HIKERS - there were zillions of TMB hiker yomping along. It always looks to me like they're carrying the kitchen sink, and probably the plug too. And why the hell do people mountain bike up the big Cols – on trails which aren’t designed for it – crazy!

THE GREAT POLE DEBATE - I will blog separately on this, it needs to be given due consideration. But to summarise they don’t do it for me, but I realised i’m massively in the minority.

RUNNERS - on the course? Very few. Surprising, I thought they would be out in force.

BOVINE - what is it about that flaming climb that makes it so mentally tough? It's only c. 700m vertical. It gets me every time.....

LEGS - they're strengthening up well. My rhythm and speed on the climbs is definitely improving. I think the biggest challenge on UTMB is 'changing gear'. The first few hundred metres of the long climbs seem tough, then your legs settle in again and the rhythm returns. Try this – say to yourself: ‘I love climbing’ (repeat many times until you reach the top).Okay, probably not a good idea, you will go mad, but the message is you’ve got to embrace the climbs otherwise it will be a horrible experience!
All in all it was an absolute belter of a weekend which has got me hugely revved and excited about the race. Without exaggeration it really is one of the most incredible trail race routes imaginable and it’s not hard to see why the race goes from strength to strength each year. Roll on August. 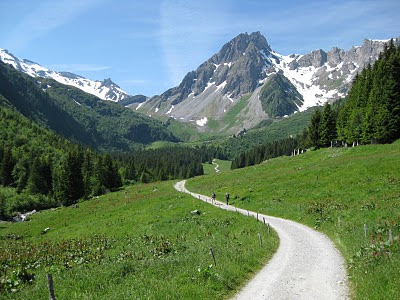 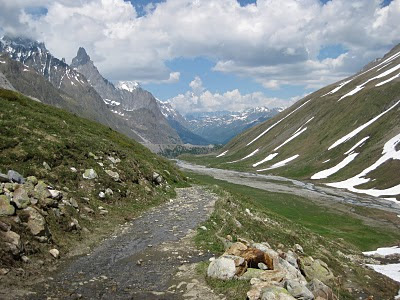 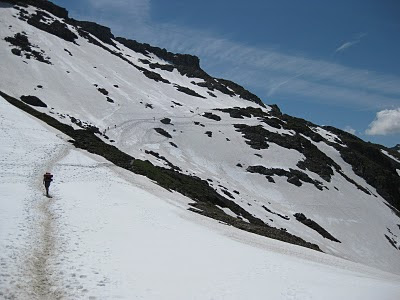 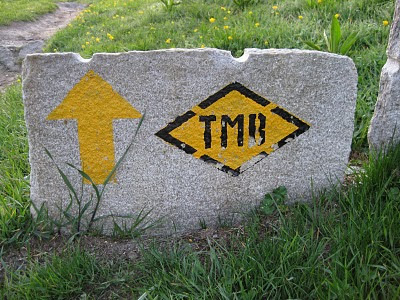 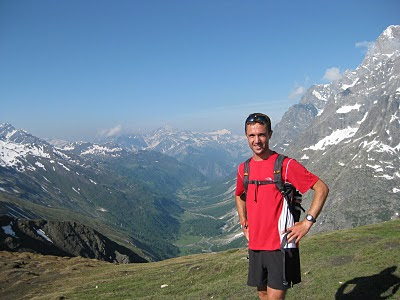 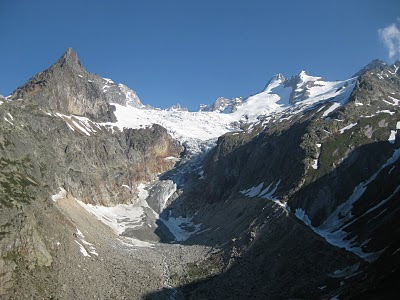 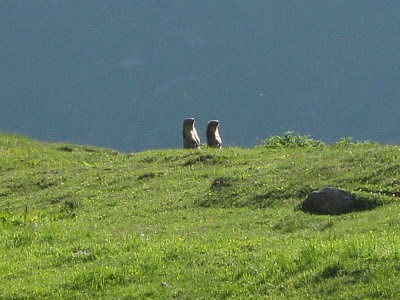 Good training weekend. And I thought I was doing well with the marathon du mont blanc. which, by the way, is where I think all the runners were this weekend. And you looked so fresh in the queue at luton passport control. I was half asleep and semi recognised you - the WS 100 shirt was a bit of give away. Should have said hello but communication isn't my strong point when exhausted. Shame you couldn't head back out to WS100 this year - the race was a cracker. I'm looking forward to August too and will be out running the TMB in 4 days in a couple of weeks. Good luck with the rest of your training. Oliver

All the best with your preparation and for the race itself. I'm looking forward to following from a distance.

This is the best thing I've read on the web this month!

I'm doing it in 2 weeks time over 4 days so will prepare for the snow.

Awesome Jez!
I cant wait to get out their in August too!

Jez - You weren't in Scotland last night (Wednesday 11th August) as I thought I saw you running on the Forth-Clyde canal?
May well have been the tiredness in my legs affecting my brain!!!

No, not in Scotland last night! I must have a twin....

I've read of runners having halucinations in the WHWR, but during an 8 mile jog home along the canal?! I must have been struggling.
All the best for the UTMB.

Making an adventurous trip is not only interesting but also quite exciting for the people. Appreciate this great post.
airport parking deals